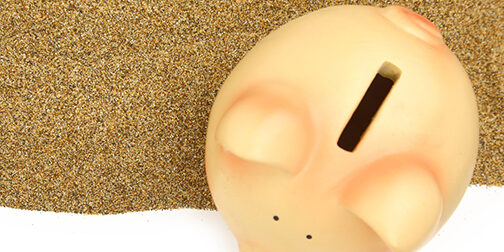 In the event of death of the subscriber, the amount standing to his credit can be repaid to his nominee or legal heir, as the case may be, even before the expiry of 15 years. Amount in a PPF account will continue to earn interests as per the terms even after death of the subscriber until the amount is claimed. However, the excess amount deposited in a PPF account after death of the subscriber will not attract any interest and will be returned as it is to claimant(s). The amount standing to the credit of the deceased after making adjustments, if any, in respect of interest on loans taken, shall be repaid by the Account Office to the legal heir of the deceased on receipt of application in FORM-G in this behalf.

Settlement of PPF claims to nominee/s:

To settle claims one needs to submit nomination claim form with Death Certificate and the Know Your Customer (KYC) documents. The nominee or nominees may make application in FORM-G or, as near thereto as possible, to the Bank /Account Office together with the proof of death of the subscriber. In the event of if any nominee is dead, the surviving nominee or nominees shall furnish the proof of death of deceased nominee in addition to the proof of death of subscriber. A subscriber may nominate one or more persons to receive the amount standing to his credit in the event of his death.However, a subscriber should ensure that his nomination proportions all add up to 100 per cent. No nomination can be made in respect of an account opened on behalf of the minor.

To settle claims one needs to submit nomination claim form with Death Certificate and the Know Your Customer (KYC) documents.

Settlement of PPF claims in case of nomination is not registered:

A claim application from a legal heir who prefers claim without registration of nomination by the subscriber and the production of legal evidence may be accepted up to a limit of Rs.5 lac on production of form G at the discretion of sanctioning authority up to the limit fixed by Min. of Finance. These claims can be made after completion of 6 months from the time of death of the depositor. There are, however, monetary limits on the claims based on the authority, details of which you can find in the SB order 36/2020 dated 06.11.2020. The revised sanction limits for without production of legal evidence applicable for various authorities are as under.

The order also said that the order will be applicable to all core banking services (CBS) and non-CBS post offices. Further, the legal heirs have to to submit form G along with (i) a Letter of indemnity signed by Claimant, sureties, Witnesses executed before  Notary Public, (ii) an Affidavit signed by all legal heirs including claimant and executed before Notary Public/ Oath Commissioner, (iii) a Letter of disclaimer on Affidavit signed by All legal heirs excluding claimant and executed before Notary Public/ Oath Commissioner and (iv) a certificate of death of subscriber on stamped paper in the forms as in Annexure to FORM-G. If the claim exceeds the prescribed limit which is now Rs. 5,00,000/-, the claimant/s requires to obtain a succession certificate from a competent court of law or produce the probate of a will or letters of Administration of Estate of the deceased.

The claimant/s for the amount above Rs. 5,00,000/-  without nomination registered  by the subscriber requires to obtain a succession certificate from a competent court of law or produce the probate of a will or letters of Administration of Estate of the deceased.

Settlement of PPF claims of subscribers, who go missing:

In terms of MOF letter (DEA Letter No. 7/7/2005-NS-II dated 6.8.2007), such accounts are to be settled as per provisions of Section 107/108 of the Indian Evidence Act. The nominee/legal heir of a missing subscriber has to raise an express presumption of death of the subscriber under Section 107/108 of the Indian Evidence Act before a competent court. If the court presumes that he/she is dead, then, the nominee/legal heir will be entitled for settlement of outstanding amount of the PPF Account of the missing subscriber in his/her favour. Claim process in this case is similar to claim process as required in case of death of the subscriber.

Payment of interest:  The claimant of balance in the PPF account of the deceased subscriber is eligible for the interest up to the month preceding the month in which refund is made.