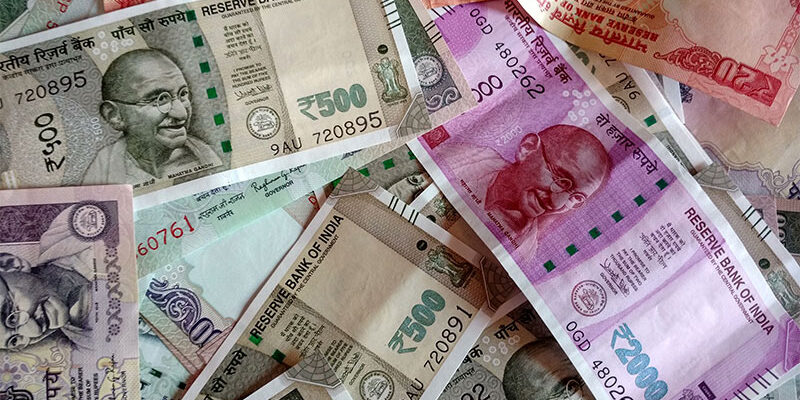 The RBI on Thursday eased norms for non-bank entities to set up Bharat Bill Payment operating units by reducing the net-worth requirement to Rs 25 crore, with a view to encouraging more players in the segment. Before this amendment, a networth of Rs.100 crore was required to obtain authorisation for non-Bank BBOPU (Bharat Bill Payment Operating Units)

The Bharat Bills Payment system is an interoperable platform for repetitive bill payments, and currently covers bills of five segments viz. Direct to Home (DTH), Electricity, Gas, Telecom, and Water bills.
RBI on September 16, 2019, notified that it had been decided to expand the scope and coverage of BBPS to include all categories of billers who raise recurring bills (except prepaid recharges) as eligible participants, on a voluntary basis. However, with consistent growth in different biller categories and to facilitate mobile prepaid customers with more options to recharge, RBI on June 14, 2021, decided to permit ‘mobile prepaid recharges’ as a biller category in BBPS, on a voluntary basis. This will be implemented on or before August 31, 2021.

Besides digitizing cash-based bill payments, these segments would also benefit from the standardised bill payment experience for customers, centralised customer grievance redressal mechanism, prescribed customer convenience fee, and the like. Detailed instructions in this regard will be issued by the end of September 2019.

Why is an exclusive payment system like BBPS needed in India?

The bill payment system in India has grown enormously over the years. The bill payments arise out of trade and service transactions including utility bills, taxes, and school college fees, etc. In our country, at present these payments are predominantly made through cash and cheques. Albeit, payment through electronic mode exists in India they do not fully address the needs of the majority of the population due to lack of accessibility across the country. In order to address this issue, the idea of establishing a pan-India touchpoint payment system was crept up. The Reserve Bank of India had initiated the groundwork for the creation of BBPS under a wide consultative process of study groups, stakeholders, and the general public.

What are the functions of the Bharat Bill Payment System?

The planned ‘Bharat Bill Payment System (BBPS)’ is a government of India undertaking which will be accountable for setting the new standards for the bill payment system in India. The entity will be operating as a centralized inter-operable bill payments system. With the advent of the latest technologies, BBPS adores multifold payment modes. The system enables the delivery of instant confirmation of payments to the customers, thereby enhancing the consumer’s confidence and experience in it. Thus, the setup of the Bharat Bill Payment System is slated to be an efficient, cost-effective alternative to the existing bill payment system in India. The proposed BBPS is also expected to provide an accessible bill payments system to the large segments of the unbanked / under-banked population spread all over the country.

How the BBPS is structured?

BBPC will be a tiered structure made up of two separate units. The first type of unit is called Bharat Bill Payment- central unit (BBPCU) and the second type is called Bharat Bill Payment-operating units (BBPOUs). The agents of BBPOUs, payment gateways, banks, billers, and other service providers like issuers of prepaid instruments are the participants in BBPS. The settlement standards established in BBPS with the approval of the Reserve Bank should be adhered to by all the participants.

What are the roles of BBPCU in BBPS?

BBPCU will be the sole entity to operate the BBPS. It will set the business standard for the entire system and its participants. Furthermore, it will be responsible for necessary operational, and technical services besides undertaking clearing and settlement activities. The settlement standards established under the BBPCU, with the approval of RBI, have to be adhered to by all the BBPS participants

The National Payments Corporation of India (NPCI), a government of India undertaking is authorized to act as BBPCU. NPCI is the umbrella institution for all retail payment systems in the country.

What is the role of BBPOUs in BBPS?

BBPOUs are the multiple authorized units operating under BBPCU.  The banks and other entities that have experience in the field of bill collection/services and relevant experience in transaction processing are authorized to act as BBPOU. The BBPOUs may further fortify their activities by employing effective agent networks.

The banks and non-banking entities, that wish to become BBPOU, need to obtain approval from the Reserve Bank of India under the Payment and Settlement Act 2007.

How the process of final settlement of pay-out takes place in BBPS?

The bill payment system broadly consists of content providers (Billers) on the one hand and payment aggregators on the other.

The billers can be classified into two groups for the purpose of settlements.

Under the BBPS settlement system, BBPOUs would receive payment collection proceeds through the clearing and settlement process carried out by them and their agents.  In the aggregate collection of ON-US transactions received in relation to its various billers, the concerned BBPOU will directly arrange final payment to the credit of the respective billers’ bank accounts.

In case of collections of OFF-US transactions, BBPOUs will pay or receive the net amount as arrived at by the BBPCU on the basis of a report received by it by various BBPOUs. The BBPOUs on the conclusion of the final settlement from BBPCU in relation to their billers will arrange the fund’s transfer to the biller’s bank account.

BBPCU will be responsible for setting standards in relation to payment, clearing, and settlement of the transactions carried out at various BBPOUs and their agents for both ON-US and OFF-US transactions.

What is BBPOU under Bharat Bill Payment System

FBIL and its responsibilities for all the aspects related to the benchmarks it issues
April 13, 2022
Recent posts
Recent comments
Go to Top