Why Bitcoin is gaining popularity across the world? 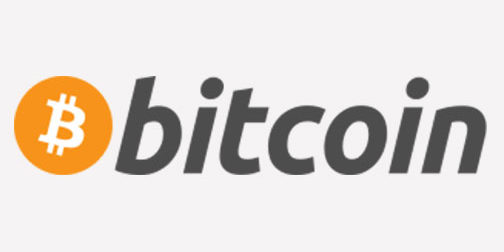 Bitcoin is talk of town these days. On one hand, some countries like Japan, China and Australia have begun weighing regulations, while on the other, the Reserve Bank of India cautioned the general public, those users or traders of virtual currencies are doing so at their own risk. RBI in its press releases in 2013 and again on 2 Feb 2017 said that it has not given any licence / authorisation to any entity / company to operate such schemes or deal with Bitcoin or any virtual currency.

It is reported by the newspapers that the monthly trade of bitcoins in India is estimated around Rs 5,000 crore to 10,000 crore and an average of 50,000 people register daily on Bitcoin exchanges. In the first week of December 2017, the Supreme Court of India sought the Central Government and RBI’s response on the need to regulate crypto-currencies including Bitcoin. The investigation department of Income Tax on December 13, 2017 carried out surveys at ‘Coinsecure’, in Bengaluru and five other Bitcoin exchanges in Delhi, Hyderabad, Kochi, Kolkatta and Gurugam to understand the kind of digital transactions conducted in Bitcoin exchanges and dynamics of this sector.

Why  this hype on digital currencies?

The digital currencies like Bitcoins, litecoins, bbqcoins, dogecoins etc. are known as Decentralised Digital Currencies or Virtual Currencies (VCs) or crypto currencies or as electronic wallets/digital wallets. A digital wallet can be compared to virtual bank account that allows users to send or receive virtual currencies, pay for goods or save their money using computers or mobile apps.

Though the transactions of these currencies are recorded in a public log, they are done through wallet IDs without revealing the names of buyers and sellers. Further, international payments through electronic money are easy and cheap because it is not subject to regulations of any country. These benefits prompt many people to buy and sell merchandise anonymously, more so for the purpose of buying drugs, ransom by cyber criminals and other online illicit activities.  But much of the excitement is about getting rich by trading it. The price of bitcoin skyrocketed into the thousands in 2017. According to newspaper reports, the value of the each Bitcoin has touched the $ 15000 mark recently from $ 1000 mark in the beginning of the year.

The Bitcoin was invented by an unknown person with alias name Satoshi Nakamoto in 2009. The Bitcoins are created as reward money to miners who use special software to solve complex math puzzles done using blockchain tech and cryptography. It is learned that roughly every 10 minutes whoever validates decentralized ledger, the fastest is declared as a winner and for that is presently rewarded with 12.5 Bitcoins. In this process Bitcoins are created and stored in a digital wallet which exists either in the cloud or on a user’s computer. As per various reports available in public domain total quantum Bitcoins to be mined is restricted to 21 million and of that around 17 million have already been mined.

The government which is in principle responsible for currency notes and coins issued by it, is answerable to its citizen get their value by dint of regulation or law. For example, RBI holds the standby assets like net credit to the government, credits to commercial banks and its Net Foreign Exchange Assets etc., along with gold reserves which fully covers as assets against the notes and coins under circulation to the public. However, digital wallet of cryptic currencies is not created or traded through any authorised central registry or agency, the loss of such currencies could result in the permanent loss to the holders of them. Since the currencies are stored in  the cloud or on a user’s computer, they are prone to losses arising out of hacking, loss of password, compromise of access credentials, malware attack etc. The Coinbase, Bitstamp and Bitfinex are globally top Bitcoin exchanges. In 2016, Bitcoins worth tens of millions of Dolars are stolen from Bitfinex through hacking.

What is agri-cess? Whether it affects the general public?
February 11, 2021