Stress Testing in banks: the objective and new challenges 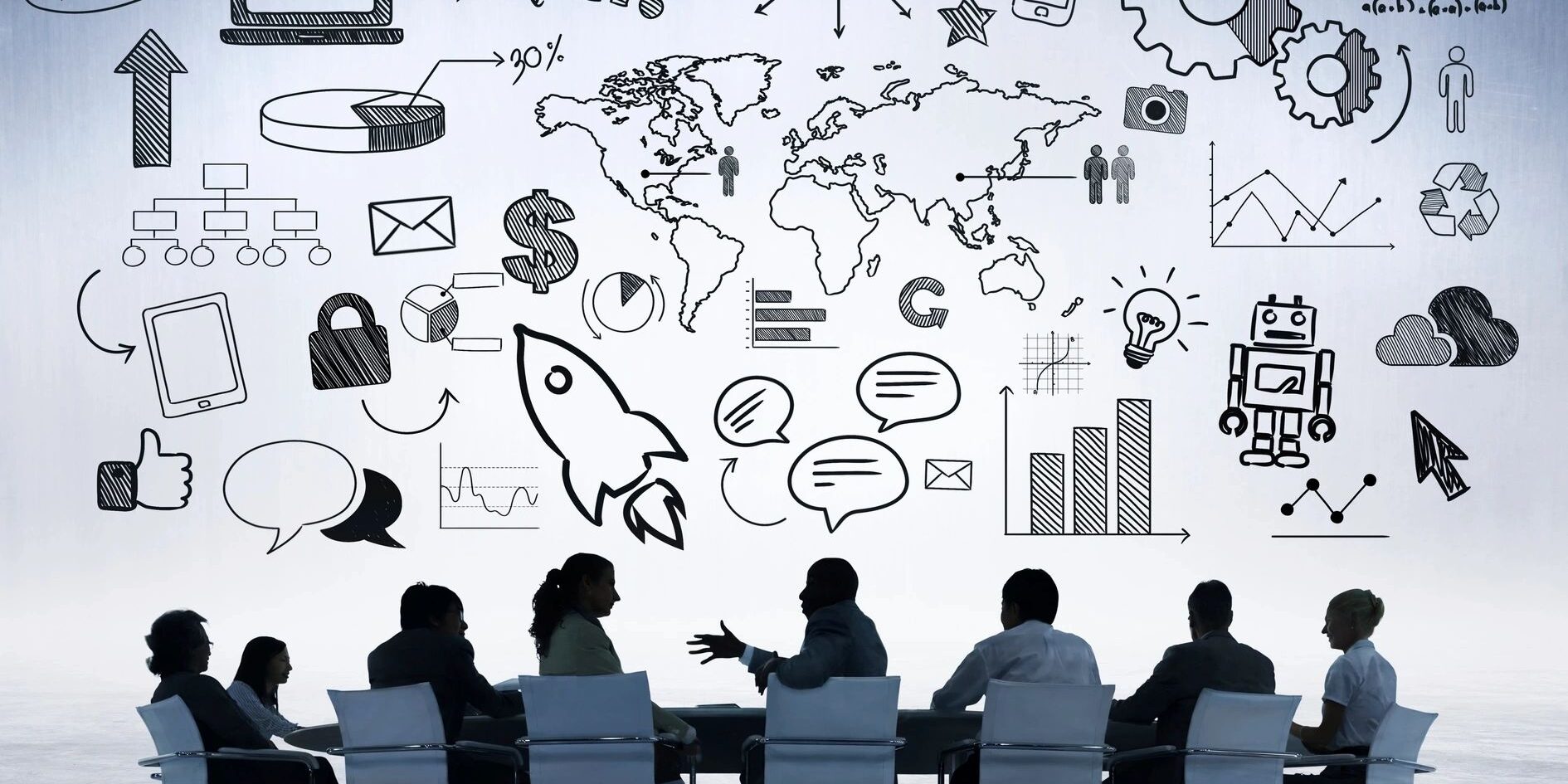 A bank stress test is an exercise conducted under hypothetical scenarios designed to determine whether the bank has enough capital to withstand a negative economic shock. Most risk management models, including stress tests, use historical statistical relationships to assess risk. They assume that risk is driven by a known and constant statistical process, ie they assume that historical relationships constitute a good basis for forecasting the development of future risks. Some of these scenarios that can be constructed from historical disturbances or events of significance may be the 1973 world oil crisis, 1973-74 stock market crisis, the secondary banking crisis of 1973-75 in UK, the default of Latin American countries on their debt in the early 1980s, the Japanese property bubble of the 1980s, the 1987 Market Crash, the Scandinavian banking crisis of 1990s, the 1991 external payments crisis in India, the securities scam of 1991-92 in India, the European Exchange Rate Mechanism (ERM) crises of 1992 and 1993, the fall in bond markets in 1994, the 1994 economic crisis in Mexico, the 1997 Asian Crisis, the 1998 Russian Crisis, 26/11 2001 U.S. Crisis, the sub-prime mortgage crisis of 2007-2008 turning into severe recession, debt crisis of Greece in 2010, etc. The latest being swift and massive shock of the coronavirus pandemic that have plunged the global economy into a severe contraction.

During global financial crisis of 2007-08, financial institutions worldwide suffered severe damage and undercapitalized banks couldn’t absorb losses and survive when others defaulted on loans. Those failures caused a chain reaction of more and more scary events. Untill then, banks did not have an overarching stress testing programme in place but ran separate stress tests for particular risks or portfolios with limited firm-level integration. The magnitude of the financial crisis has led many banks and supervisory authorities to question whether stress testing practices were sufficient prior to the crisis and whether they were adequate to cope with rapidly changing circumstances. A number of initiatives including G20’s November 2008 action plan have strongly advocated raising the level and sophistication of stress testing programmes to make them realistic and meaningful. Against this backdrop, the Basel Committee on Banking Supervision (BCBS) issued the Principles for Sound Stress Testing Practices and Supervision in May 2009. The BCBS had internationally agreed set of capital measures commonly referred to as Basel I, Basel II accords.  In tune with these principles, the extant guidelines on stress testing have been updated in Basel III in response to the financial crisis of 2007-09, which seeks to improve the banking sector’s ability to deal with financial stress. These accords popularly known as  ‘Basel code on capital adequacy’ which stipulate on how much capital a bank should have in place in relation to the risk it undertakes  in  relation to various types of assets in the balance sheet as well as off-balance sheet business of the banks. RBI asked banks in India to operationalise their formal stress testing framework in accordance with the Basel guidelines from March 31, 2008.

The business of banking is confronted with  multiple numbers of risks viz. credit risk, liquidity risk, operational risk, reputation risk, legal risk, market risk, strategic risk, country risk, counter -party risk, contractual risk, Access risk, and systemic risk and so on (to know more, read: What are the risks that banks are confronted with?). Both risk management and capital Management indicate that the sufficient capital contribution in the business provides stable resources to help the owner to absorb any losses arising from the risks in a business. The objective of Capital management as well as its risk appetite is to reach solvency ratio adequate for its lending activities during a period of difficult business conditions. The available capital in the business must be enough to satisfy regulatory and internal capital requirements.  Additional capital is also required to weather heavy unexpected losses. The Capital of banking business is divided into different tiers according to the characteristics / qualities of each qualifying instrument. For management purposes capital is primarily split into two categories viz. Tier I and Tier II.The bank’s capital to its risk is arrived at by dividing the capital of the bank with aggregated risk weighted assets for credit risk, market risk and operational risk. This is known as Capital Adequacy Ratio (CAR) or Capital to Risk (Weighted) Assets Ratio (CRAR). The capital adequacy ratio prescribed by the banking regulator (RBI) under the Pillar 1 of the Framework is only the regulatory minimum level, addressing only the three specified risks (viz., credit, market and operational risks), holding additional capital may be necessary in order to evaluate the potential vulnerability of the bank to some unlikely but plausible events or movements in the market conditions that could have an adverse impact on the bank’s capital.  Therefore, the onus is on the concerned banks to make their own internal assessment including stress test and scenario analysis of their various risk exposures, through a well-defined internal process, and maintain an adequate capital cushion for such risks to demonstrate that its ICAAP is comprehensive.The Internal Capital Adequacy Assessment Process (ICAAP) allows firms to assess their capital adequacy and requires them to have appropriate risk management techniques in place.

The guiding principles of stress test set and regulated by RBI should form an integral part of the internal capital adequacy assessment process (ICAAP). Under the said system the  balance  sheet  assets,  non-funded  items  and  other  off-balance  sheet  exposures  are  assigned  prescribed  risk  weights and banks have to maintain unimpaired minimum capital funds equivalent to the prescribed ratio on the aggregate of the risk weighted assets and other exposures, on an ongoing basis. Banks at solo as well as group level are required to carryout rigorous, forward-looking stress testing that identifies severe events or changes in market conditions that could adversely impact the bank. The ICAAP should demonstrate that stress testing reports provide the senior management with a thorough understanding of the condition of the bank in the stressed time. Stress testing should also be a central tool in identifying, measuring and controlling funding liquidity risks, in particular for assessing the bank’s liquidity profile and the adequacy of liquidity buffers in case of both bank-specific and market-wide stress events. Reserve Bank would review the suitability of stress testing programmes and resultant actions including the requirement of additional capital and liquidity buffers as part of Supervisory Review and Evaluation Process (SREP) under the Basel II framework. Banks may perform the stress tests in terms of these guidelines at least at half yearly intervals.

The information from periods of severe stress is uncustomary information that would form the basis for a scenario, as well as help distinguish the linkage between macroeconomic variables and risk drivers. However, stress testing frameworks were usually not flexible enough to respond quickly as the crisis evolved. The major obstacles in scenario design are the lack of sufficient data and the inability of a human test designer to create a variety of scenarios that do not just stress the obvious and ignore the potential effect of unforeseen events.

The ferocity of the COVID-19 second wave has accentuated growth slowdown in Indai and the world. The biggest toll of the second wave is in terms of a demand shock – loss of mobility, discretionary spending and employment, besides inventory accumulation. The turmoil has exposed serious flaws with relying solely on such an approach.First, given a long period of stability, backward-looking historical information indicated benign conditions so that these models did not pick up the possibility of severe shocks or the buildup of vulnerabilities within the system. Historical statistical relationships, such as correlations, proved to be unreliable once actual events started to unfold.

The severity of COVID 19 scenero in a ‘lower for longer’ interest rate environment, which is expected to have a negative impact on net interest income results especially for banks with significant carry and maturity transformation.The impact of adverse economic shocks also includes retail credit risks due to a borrower’s failure or inability to repay on a consumer credit product, such as a mortgage, unsecured personal loan, credit card, overdraft etc. The impact uncovered many banks’ inability to aggregate exposures quickly, apply new scenarios or modify models and insufficient infrastructure to facilitate the development of those models. They were under pressure due to inability to access the right data when it is needed causing problematic delays and insufficient risk tools. In addition to the above, banks have to devote considerable time and resources to complying with the new regulatory guidelines and to establishing internal frameworks so they can perform stress tests for different types of risk, asset classes, and business lines. Solvency stress tests are usually conducted with a time horizon of one to three years, whereas liquidity stress tests cover a much shorter time horizon, ranging for the majority of banks between one and three months. Stress testing methods and analytical outcomes need to not only be consistent with how the organisation looks at risk and reporting, but also meet regulatory guidelines. The poser of double risk for banks, since overestimating volnerability will increase their capital requirements, while too much optimism could lead supervisory intervention.

Review/renewal of credit facilities should be brought under the scope of concurrent/internal audit/internal control mechanism: RBI
August 25, 2020