How much money you can carry abroad?

You are here:
FeaturedForeign Exchange 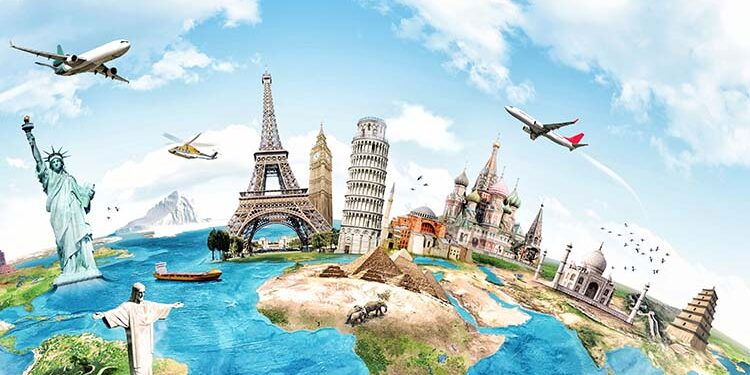 Under the revised FEMA rules 2000, the limit of for foreign travel is subsumed under LRS scheme. Hence with effect from 26.05.2015, any resident of India can obtain foreign exchange up to an aggregate amount of USD 250000 in a financial year (from 1st April to 31st March) for travelling abroad.

The travellers going abroad for business and private visits may purchase foreign currency and currency from Authorised dealers like AD Category banks and Full-Fledged Money Changers (FFMCs). The resident Indians can buy foreign exchange maximum 180 days in advance of travelling. The rules for carrying foreign exchange abroad are revised with effect from May 26, 2015. Accordingly, the detail of the foreign currency notes and coins a traveller can carry on visit to foreign countries are furnished below.

The detail of the trips where one can draw foreign exchange up to US Dollars 250000/-  is furnished below.

In addition to the above purposes, individuals can avail of foreign exchange facility  within the LRS limit of USD 2,50,000 towards gift or donation, maintenance of close relatives abroad and any other current account  transaction which is not covered under the definition of current account in FEMA 1999.

Usage of cards on foreign travel

The travellers going abroad are permitted to hold International Credit Card (ICC) and International Debit Card (IDC). AD banks can also issue Store Value Card, Charge Card, and Smart Card to residents traveling on private/business visit abroad for making payments at overseas merchant establishments and also for drawing cash from ATM terminals. However, the use of such cards is limited to permissible current account transactions and subject to the LRS limit of USD 250000/-. The use of ICCs/IDCs is NOT permitted for prohibited transactions specified in Schedule 1 of FEM (CAT) Amendment Rules 2015, like  the purchase of lottery tickets, banned magazines etc. The use of cards for payment in foreign exchange in Nepal and Bhutan is also not permitted.

The resident Indians while returning from temporary foreign visits (other than Nepal and Bhutan), can bring back Indian currency notes up to Rs.25000/-. The Non-Resident Indians or foreigners (not being a citizen of Pakistan and Bangladesh) entering India through an airport can bring an amount up to Indian Rupees 25,000/-.  The travellers who are residents of India, who had gone to Pakistan or Bangladesh on a temporary visit, may bring back Indian Rupees up to Rs.10000/- per person.

There is no upper limit to foreign currencies that can be brought to India while visiting India. However, in case of the aggregate value of the foreign exchange in the form of currency notes, bank notes or travellers cheques brought are in excess of USD 10,000 or its equivalent and/or the value of foreign currency alone exceeds USD 5,000 or its equivalent, it should be declared to the Customs Authorities at the Airport in the Currency Declaration Form (CDF), on arrival in India.

The unspent foreign exchange held in the form of currency notes and travelers cheques shall be surrendered to AD within 180 days of return. However, after return from the tour the resident is allowed to keep foreign exchange up to USD 2,000, in the form of foreign currency notes or TCs for future use or credit to their RFC (Domestic)] Accounts. There is no restriction for residents to hold foreign coins without any limit.

The Central Board of Excise & Customs has amended the rules for purchase of goods from duty-free shops. The Government of India communication dated July 8, 2016, states that the Indian currency limit is increased purchase limit from Rs.5000/- to Rs.25000/- at duty-free shops. The above revision is in order to avoid paying excessive exchange fees on foreign currencies by travellers to and from India. It means that the travellers can use Rs.25000/- in Indian currency and rest of the payment can be made in foreign currency for their purchases.

Disclaimer: This article is written and updated from time to time on the basis of RBI circulars or FEMA rules and amendments taken place. We make every effort to stay as accurate and updated as possible.However, for further validation you may refer RBI circular on ‘Liberalised Remittance Scheme (LRS) for Resident Individuals’. The author of this article is not responsible for the mistakes, errors, ambiguity, inconsistency, discrepancy, doubts or quality of information provided in this article. The liabilities or claims of any nature on account of information provided in this post for whatsoever cause are not recognized.

Is it good idea to go for redevelopment of your buildings jointly with multiple societies?
June 13, 2022

RBI direction on import of gold by Qualified Jewellers as per IFSCA guidelines
May 25, 2022