Is it good idea to go for redevelopment of your buildings jointly with multiple societies?

You are here:
Featured 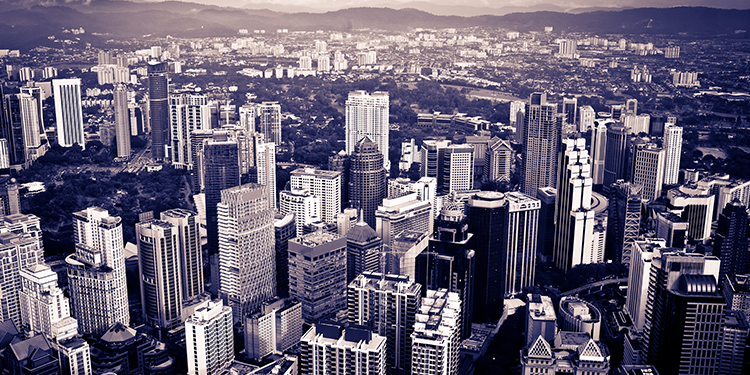 How does it work?

Generally, developers are not keen to undertake redevelopment projects where planning; parking constraints, and huge marketing costs are involved and as a result, they may get wafer-thin or non-returns. The redevelopment of small plots of fewer than 1,200 sqm (30mtsx40mts)resists, which is not commercially viable for developers. Therefore, societies of small buildings if they cannot go for self redevelopment may think of joining with their neighboring buildings and amalgamating themselves as a single society for the combined redevelopment of their buildings. The builder, who wins the redevelopment project, would construct new building/s and deliver new flats to the Society’s existing members free of cost with pre-established benefits such as a minimum 10 to 25 percent increase in carpet area depending upon the commercial viability of the new building and the locality where the new construction will come up for the existing members of all the societies joined together and a given amount of corpus fund, etc.

All the Housing Societies participating in the joint venture shall be first amalgamated into a single entity to deal with the redevelopment of their buildings. Any two or more societies may, by a resolution passed by not less than three-fourths of all the members of each society and voting at a special general meeting called for the purpose, amalgamate as one society. Such decisions are taken strategically to benefit the original society as well as the society/s it wishes to amalgamate with. But proper checks and balances are put in place by the government in such scenarios. After the resolution is passed each such society shall apply to the Registrar for cancellation of its registration and also shall jointly make an application for the registration of the amalgamated society. The registration of the amalgamated society shall be deemed to be sufficient to vest the assets and liabilities of the amalgamating societies in the amalgamated society. In this case, glitches are more intense and more misery to the flat owners when there are multi-stakeholders with varied knowledge, wisdom, expertise, and socio-economic status to challenge the decisions of the redevelopment committee. Wrong/misguided perceptions about the project, weak, egoistic/misguided, indecisive redevelopment/managing Committees, absence of strong leadership, no time-plan, no timely decisions, no strategy, inexperienced /incompetent Legal Advisor, inferior legal document, the vested interest of committee members, etc, can be a nightmare to the flat owners of all the societies who joined the amalgamated society. The members of these housing societies would often be left with poorly designed and/or constructed buildings, subjected to inordinate delays, and sometimes, even the abandonment of the project by the developer.
Further, if the defective title of the property or boundaries and area of the plot on which old building stands, do not match with city survey maps or town planning maps, any one of these merged societies, would take quite some time and huge efforts to sort out such types of mess. The builder and his architect will also have the headache of constructing flats of different dimensions in the new building as the facilities and flat area of each old building built by different builders is different from others. Therefore, it is not possible for the builder to allot uniform-size flats and lots of negotiation is required to settle the issue. The redevelopment project may be further delayed due to changed regulations in respect of FSI, Court orders staying, Non-performing Developers, etc. Therefore, redevelopment project by joining multiple societies is suitable only for buildings standing on small plots and not for others.

Conclusions: Seeing the intricacies included in the process self redevelopment has its own set of challenges that need to be considered before making the final decision. Getting consensus amongst members at the beginning and then at various stages of the project is a complex task in redevelopment projects by multi-societies. In the case of the builder-led redevelopment project, the managing committee has to keep monitoring the project development as per Government norms and better standards; it is comparatively easier for the managing committee to coordinate with the builder for a society that goes solo for redevelopment. They need not personally approach various Government departments and do not have tension for meeting financial obligations towards the cost of construction and rent payable on temporary accommodation provided to the members. Society does not have tension about selling the saleable flats for recovering the project cost. No need to approach various government departments for approval of the project. No need to prepare tax returns related to the project etc.
Read the below post to know about procedures to be adapted for selecting a reliable builder/developer for the redevelopment project, and important conditions to be included while entering into a redevelopment agreement with the builder.

Repatriation of the sale proceeds of immovable property
March 3, 2020

The Important Points to be borne in mind while in Execution of Loan Documents
April 7, 2016

How to Calculate length of holding period for stocks and receivables?
August 25, 2015