What is Lead Bank Scheme? 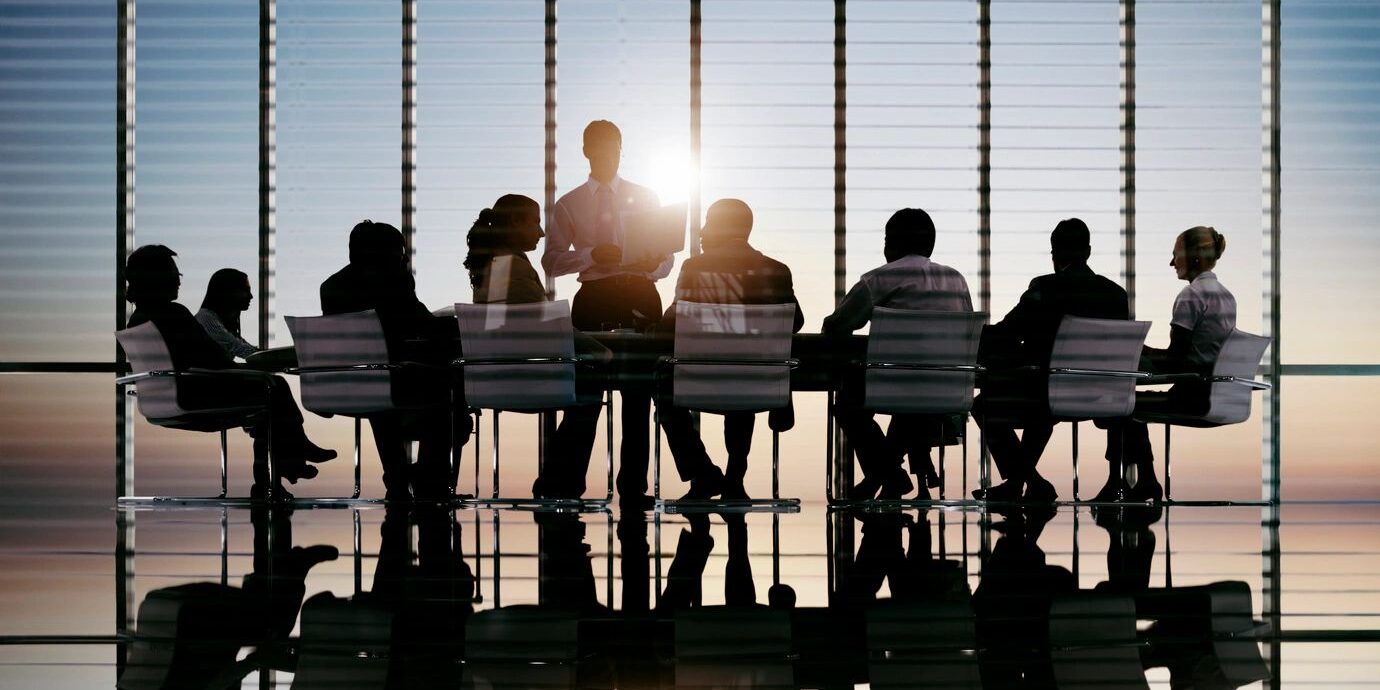 In October 1969, the study group lead by Prof. D. R. Gadgil (Gadgil Study Group) recommended the adoption of an ‘Area Approach‘ to evolve plans and programmes for the development of an adequate banking and credit structure in the rural areas. Further, under the chairmanship of Shri F. K. F. Nariman (Nariman Committee) a committee of bankers on branch expansion programmes of public sector banks in its report (November 1969), endorsed the idea of an ‘Area Approach’ recommending that each bank should concentrate on certain districts where it should act as a ‘Lead Bank’ in order to enable the Public Sector Banks to discharge their social responsibilities. The Reserve Bank of India introduced the Lead Bank Scheme in December 1969 based on recommendations of the above committees with the objective of enhancing the flow of bank finance to the priority sector.  Lead Bank Scheme was last reviewed by the High-Level Committee headed by Smt. Usha Thorat, the then Deputy Governor of the Reserve Bank of India in 2009.  The Usha Thorat Committee held extensive discussions with various stakeholders viz. State Governments, banks, development institutions, academicians, NGOs, MFIs, etc. and noted that the Scheme has been useful in achieving its original objectives of improvement in branch expansion, deposit mobilisation and lending to the priority sector, especially in rural/semi-urban areas. There was an overwhelming consensus that the Scheme needs to continue. The Lead Bank guidelines were issued by RBI to SLBC Convenor banks and Lead Banks for implementation based on the recommendations of the High-Level Committee. Based on the recommendation of the “Committee of Executive Directors” of the Banks to study the efficacy of the Scheme, and suggestions of all stakeholders RBI issued certain ‘action points’ to SLBC Convenors/Lead Banks and NABARD on April 6, 2018.

The Lead Bank scheme envisages every district across the country shall be assigned to a commercial bank that has a major presence in that district to perform the role of Lead Bank. The assignment of lead bank responsibility to designated banks in every district is done by Reserve Bank of India under a procedure formulated under the scheme. The leader bank initially conducts basic surveys in their respective lead districts and prepares district credit plans linked with the development programme with special emphasis on the development of the rural and backward areas. It would identify the places suitable for branch expansion at unbanked centers with emphasis on deposit mobilization and credit deployment.

It is obligatory on the part of all the commercial banks to achieve a credit deposit ratio of 60% in respect of their rural and semi-urban branches separately on an all-India basis. However, they have to take care that a wide disparity in the ratios between different States / Regions is avoided in order to minimise regional imbalance in credit deployment. As an agenda item, Lead Banks review the performance of banks under the respective District Credit Plan (DCP).   The DCP comprises the flow of credit to priority sector and weaker sections of the society,  assistance under Government sponsored schemes,    Grant of educational loans,    Progress under SHG – bank linkage,    SME financing & bottlenecks thereof, if any, etc.

Fora under the Lead Bank Scheme:

The Block Level Bankers’ Committee (BLBC) prepares the block-level credit plans and coordinates between credit institutions and field level development agencies at the block level. It reviews the implementation of the Block Credit Plan and also resolves operational problems in the implementation of the credit programmes of banks. The Lead District Manager (LDM) of the district is the Chairman of the Block Level Bankers’ Committee. All the banks operating in the block including the Small Finance Banks, Wholly Owned Subsidiaries (WOS) of Foreign Banks, RRBs, the District Central Co-operative Banks, Block Development Officer, technical officers in the block, such as extension officers for agriculture, industries and co-operatives are members of the Committee. BLBC meetings take place at the interval of once in a quarter. The meetings are attended by all the branch managers of the banks in the particular block and enrich the discussions with their valuable inputs. District Development Manager (DDM) of NABARD also attends the meeting to ensure better and more meaningful discussions for the development of the Block. Controlling Heads of the banks and Lead District Officer (LDO) of the Reserve Bank of India (RBI) selectively attends the BLBC meetings. Representatives of Panchayat Samitis are also invited to attend the meetings at half-yearly intervals so as to share their knowledge and experience on rural development in the credit planning exercise. Payments Banks should also be invited to attend the meetings.

District Consultative Committee (DCC) is constituted by bankers as well as Government agencies/departments at the district level. The forum facilitates coordination in implementing various developmental activities under the Lead Bank Scheme in the district. The District Collector is the Chairman of the DCC meetings. Reserve Bank of India, NABARD, all the commercial banks including Small Finance Banks Wholly Owned Subsidiaries (WOS) of Foreign Banks, RRBs, Payments Banks, co-operative banks including the District Central Cooperative Bank (DCCB), various State Government departments and allied agencies are the members of the DCC. The Lead District Manager (LDM) convenes the DCC meetings at the quarterly intervals. The Director of Micro, Small and Medium Enterprises Development Institute (MSME-DI) in the district is an invitee in districts where MSME clusters are located to discuss issues concerning MSMEs. The lead district officer represents RBI. Although DCC meetings are likely to address the problems particular to the concerned districts, they invariably discuss some of the important areas which are common to all districts. Their main agenda will be review the progress made under financial inclusion plan (FIP),the specific issues hindering and enabling IT enabled financial inclusion, issues to facilitate ‘enablers’ and remove/minimise ‘impeders’ for banking development for inclusive growth, monitoring initiatives for providing ‘Credit Plus’ activities by banks and State Governments such as setting up of Financial Literacy Centres (FLCs) and RSETI type Training Institutes for providing skills and capacity building to manage businesses,  scaling up financial literacy efforts to achieve financial inclusion,    review of performance of banks under District Credit Plan (DCP), flow of credit to priority sector and weaker sections of the society,  doubling of farmers’ income by 2022,  assistance under government-sponsored schemes, grant of educational loans,     progress under SHG – bank linkage,  SME financing & bottlenecks thereof, if any, Timely submission of data by banks,  review of relief measures (in case of natural calamities wherever applicable).  DCC should give adequate feedback to the SLBC on various issues that need to be discussed on a wider platform so that these receive adequate attention at the State Level.

The State Level Bankers’ Committee (SLBC)/Union Territory Level Bankers’ Committee (UTLBC) coordinates the activities of the financial institutions and Government departments in the State/Union Territory under the Lead Bank Scheme. The quarterly meetings are chaired by the Chairman/ Managing Director/ Executive Director of the Convenor Bank and co-chaired by the Additional Chief Secretary or Development Commissioner of the State concerned. In cases where the Managing Director/Chief Executive Officer/Executive Director of the SLBC Convenor Bank is unable to attend SLBC Meetings, the Regional Director of the RBI shall co-chair the meetings along with the Additional Chief Secretary/Development Commissioner of the State concerned. A High Level of participation in SLBC/UTLBC meetings ensures an effective and desired outcome with meaningful discussion on issues of public policy of both the Government of India and the Reserve Bank of India.

Service area approach (SAA) is a developed version of the ‘area approach’ structure of the Lead Bank Scheme. Under SAA plan each commercial bank / RRB branch in a rural and semi-urban area is designated to serve 15 to 25 villages for the planned and orderly development of the areas. The designated branch of a bank has to meet the banking needs of its service area vis-à-vis forge effective linkages between bank credit, production, productivity, and an increase in income levels of the villages.

What is SHG bank linkage programme?