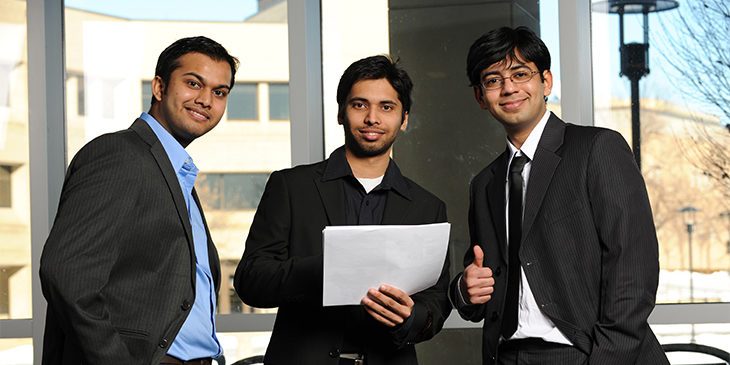 (This article clarifies  on   who is  eligible ( the age, limit, qualification) including quantum of subsidy, bank loan and  money to be bought up by the entrepreneur to start up a business  for bank finance under PMEGP scheme.)

Online submission of applications for loans under PMEGP is mandatory and no manual applications are allowed w.e.f. 01.05.2016.The latest update on how to submit PMEGP loan application online is provided at following URL

PMEGP stands acronym for Prime Minister’s Employment Generation Programme which is a subsidy loan scheme launched on 15th August 2008 by the government of India. The earlier two schemes, namely, Prime Minister’s Rojgar Yojana (PMRY) and Rural Employment Generation Programme (REGP) were merged with the new scheme. Under Prime Minister’s Employment Generation Programme, money to be brought by the new entrepreneur to start up a business is just 5-10% of project cost and rest will be taken care by  the margin and the bank loan. It is anticipated  that the programme would successfully create more employment opportunities both in cities and rural areas in the years to come. Since inception,  PMEGP scheme attracted  a lot of people to start up a new business and there are doubts from all the corners to know more about the scheme.   The frequently asked questions on the schemes  are answered hereunder.

As per RBI circular RPCD.MSME & NFS.BC.No.5/06.02.31/2013-14 dated July 1, 2013, Banks are mandated not to accept collateral security in the case of loans upto Rs.10 lakh extended to units in the MSE sector. Banks are also advised to extend collateral-free loans upto Rs. 10 lakh to all units financed under the Prime Minister Employment Generation Programme of KVIC.

Who is eligible under PMEGP loan scheme?

Self Help Groups including those belonging to BPL provided that they have not availed benefits under any other Scheme are eligible for assistance under PMEGP. Institutions registered under Societies Registration Act, 1860, Production Cooperative Societies, and Charitable Trusts are also eligible under PMEGP loan scheme.

What is the minimum educational qualification required for the loan scheme?

For setting up of project costing above Rs.10 lakh in the manufacturing sector and above Rs. 5 lakh in the business or service sector, the beneficiaries should possess at least VIII standard pass educational qualification.

Is there any income ceiling to become eligible for subsidy under PMEGP loans?

How much finance a borrower is getting from the bank?

The amount of Bank Credit will be the total cost of the project less owner’s contribution.  For borrowers belonging to general category  owner’s contribution will be 10%and  for special category borrowers 5%. Banks sanction  90% of the project cost in case of general Category of beneficiaries/institutions and 95% in case of the special category of beneficiary/institutions (SC/ST/OBC/Minority/ex-servicemen/Physically handicapped/North East Region/Hill & Border area) for setting up of the project.  In actual terms, the amount of bank credit will be ranging between 60-75% of the project cost as they receive 15-35% of margin money and 5% to 10% from owner’s contribution to the project. In the matter of accepting credit proposal and sanctioning the limit, banks take their own credit decision on applications received from PMEGP borrowers, which will be on the basis of the viability of each project.

Which are the banks and financial institutions  provide loans?

When will the bank  release the loan?

The lending bank need not wait for receipt of the subsidy for the disbursement of the loan. Once the limit is sanctioned, the bank would inform the State/Regional Office of the KVIC/KVIBs/State DICs, as the case may be, for arranging EDP training to the borrower. The first installment of the loan will be released to the borrower only after he/she completes EDP training of at least 2 weeks arranged by KVIC/KVIBs/State DICs. However, the applicants who have already undergone EDP training for at least 2 weeks and having the certificate for the same from a recognized institution are exempted from further EDP training. After successful completion of the training, the prospective borrower has to deposit his/her share of contribution to the project (Owner’s contribution) with the bank. The part or full amount of loan as the case may be released  by the bank after the borrower deposits the money with the bank towards owner’s contribution.

Whether subsidy is available for working capital finance?

Yes. However, the borrower is eligible for full subsidy provided utilization of funds in such a way that should utilize 75% of sanctioned limit and that the borrower at least one point of the stage the outstanding in Cash Credit account should touch 100% of limit within three years of lock-in period of Margin Money. If the utility of funds from CC account  does not touch the sanctioned limit, the proportionate amount of the Margin Money (subsidy) is to be recovered by the Bank/Financial Institution and refunded to the KVIC at the end of the year.

What is the quantum subsidy available to PMEGP beneficiaries?

How the subsidy amount is claimed?

After the release of the loan partly or fully, the bank branch would claim the SUBSIDY amount in the prescribed format from the designated Nodal branch. The nodal branch where KVIC places lump sum deposit of subsidy amount (Margin Money) in the Savings Bank account maintained for the purpose, releases the subsidy amount to the claimant branch. Though the margin money (subsidy) will be released by the designated Nodal Branch of the Bank, KVIC/State DIC is the final authority to either accept the project/claim or reject, based on the parameters of the Scheme.

When the subsidy amount will be credited to the borrower’s loan account?

The Margin Money (subsidy/grant) received by the lending bank branch will be kept in the Term Deposit Receipt (or any other similar type of account maintained by the bank for the purpose) of three years at the branch level in the name of the beneficiary/Institution. No interest will be paid on the TDR and no interest will be charged on the loan to the corresponding amount of TDR. The subsidy (Grant) amount will be credited to the Borrower loan account after three years from the date of release of loan first time to the borrower/institution by the bank. In case the Bank’s advance goes “bad” before the completion of three year period, the Margin Money (subsidy), the bank may adjust the subsidy amount to the loan liability of the borrower either in part or full and initiate the recovery process of the entire dues against the borrower.

Whether the borrower is eligible for enhancement of subsidy amount if the credit limit is later on enhanced by the bank?

No. The subsidy will be one-time assistance from Government. As such, no further subsidy will be available for enhancement of credit limit, or expansion/modernization of the project

Whether the existing units are eligible for the PMEGP scheme?

No. Margin money or subsidy is available only to a new project sanctioned especially under PMEGP. Existing units are not eligible under the scheme. Projects financed jointly by banks and other financial institutions is not eligible for subsidy assistance. Existing Units under PMRY, REGP, or any other scheme of Government of India or State Government and the units that have already availed ‘Government Subsidy’ are not eligible under the scheme. Banks take an undertaking from the borrower who is availing loan under PMEGP that in the event of an objection in writing by KVIC/KVIB/DIC the beneficiary would return the margin money.

What is the process of the loan once the applicant submits his/her application for a loan?

The task force consisting of representatives from KVIC, KVIB, DIC, and Banks take the responsibility of identifying the borrowers. The projection would be appraised by banks both on technical and economic viability aspects of the unit. The task force clears the application after the application fulfills the criteria of Industry, per capita investment, rural area, negative list so as to avoid approval of loans in banks. Before releasing the loan bank will inform the KVIC, DIC, KVIB etc., as the case may be for arranging EDP training to the beneficiary, if he/she has not undergone such training.   The loan applicants who have already undergone training at least for 2 weeks under entrepreneurship Development Programme (EDP)/skill development programme (SDP)/ Entrepreneurship cum skill development programme (ESDP) or vocational training (VT) are allowed to submit application directly to banks. However banks would refer the applications received by them to task force for its consideration.

What type of security to be offered to the bank?

Banks do not insist for collateral security for projects involving loan up to Rs.5 lakh, which is cleared by task force, in line with the guidelines of RBI. Beyond Rs.5 lakh, security norms of individual banks applicable.

Which are the activities not eligible for PMEGP loan scheme?

Any industry/business connected with meat, Beedi/Pan/cigar/cigarrette etc, hotels or dhaba or sales outlet serving liquor, preparing /producing tobacco as raw material, tapping of toddy for sale. Any industry/business connected to cultivation of crops/like tea/coffee,rubber etc,sericulture(Cocoon rearing),Horticulture,floriculture, animal husbandry like pissiculture, piggery, poultry,Harvester machines etc.Manufacturing of polythene bags of less than 20 microns thickness and manufacturing of carrry bags or containers made up of recycled plastic storing and carrying, dispensing or packaging of food stuff or any other items which causes environmental problems, industries like processing pashmina wool or such others items like hand-spinning or hand weaving under khadi and village programme, Rural transport (except Auto Rickshaws in Andaman & Nicobar,House Boat, Shikara and tourist boat in J&K, and cycle rickshaws)

Who are the implementing Agencies of PMEGP?

We have been receiving lots of queries from our readers about Prime Minister’s Employment Generation Programme. Click  PMEGP for answer to Frequently Asked Questions.