You are here:
FeaturedLoans and advances 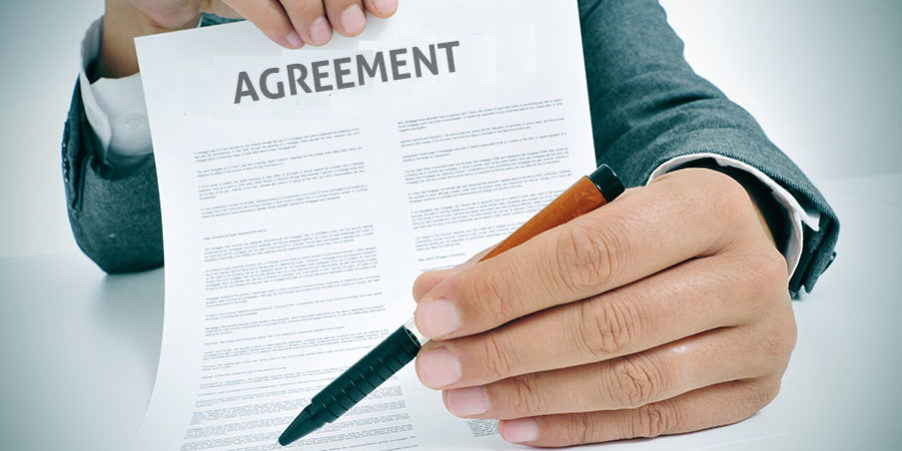 (The article gives the insight of important points to be borne in mind at the time of execution of loan documents with a to z check-list.)

The system of obtaining proper documents as per sanction terms is called documentation.Without the proper documents, it is hard to create a legally enforceable charge on the security offered. Selection of proper documents, capacity and competence of the parties to the execution of documents determines whether the document is legally valid and capable of enforceable under law. The properly executed document also aids in identifying the borrower, guarantors, and the security offered for the specific credit facility.

The accurate execution is the bedrock of legally enforceable loan document.The following are the important points to be borne in mind  by the parties involved at the time of execution of loan documents;

b). A document should be stamped before or at the time it is executed. Therefore, the date of execution cannot be earlier to the date appearing on the stamp paper. c)Stamp duty is not uniform all over India. Proper stamp duty to be paid according to duty applicable to the state where

e).While filling in blank space of a printed form of a stamped paper, it is desirable to use the same pen, up to the end of the form. The different colour ink used to fill in the same form gives rise to the suspicion that the blank column was filled in later on without the knowledge of executant, which is bad in law.

i).The husband of a married woman is not liable for debt incurred by his wife as a borrower or standing as a guarantor to the loan, unless he has specifically undertaken to clear her liabilities. In the absence of specific undertaking from the husband, she is liable only to the extent of her independent estate. It is therefore, important to make sure that the concerned woman owns an independent estate, before accepting her in her individual capacity as a borrower or guarantor.

m).Where two or more sheets of impressed (engraved/embossed) papers are used to make up the amount of duty chargeable in respect of any instrument, each sheet so used should have written or typed on the substantial portion of it. Affixing of impressed stamp papers on printed forms is legally not proper and may not be admitted in the courts as prima facie evidence.

p).If the borrower or guarantor is an illiterate or a person signing in a vernacular language, it is necessary to have a certificate stating that the contents were read and explained to him/her and the document is executed  on his/ her own will after understanding the contents of the agreement and terms and conditions of the limit sanctioned. This is in order to avoid any dispute to the awareness of the contents of the documents.

r).In case the borrower is a partnership firm, it is desirable to obtain the personal guarantee of all major partners in their individual capacity. Whenever a limited company is a partner; the authority of the person signing on behalf of the company should be verified. When minor is admitted to benefits of the partnership, guardian’s signature should not be taken in loan documents on behalf of the minors.

s).In the case of Limited companies, proper care to be taken that the executants of the document are authorized signatories to sign on behalf of the borrower company. The execution of documents should be as per stipulation contained in the resolution passed at the meeting of the board of directors. The resolution passed in the meeting of board of directors should also clearly specify who would execute the documents on behalf of the company. Documents executed by the company should be affixed with common seal only if it is required under common seal clause in Article of Association of the company. If a common seal is required to be affixed, then board resolution should contain the names of Directors and Officers in whose presence the seal is to be affixed.

t).In the case of mortgage of properties the following documents should be obtained. (i) Mortgage deed executed on stamp paper (ii)  if the memorandum of mortgage or mortgage deed itself is registered, receipt of the registration fee paid should also be attached to the mortgage deed   (iii) boundaries and areas are shown in the title deed should be in conformity with the mortgage deed. (iv)Encumbrance certificate traced for last 13 years should be held. (v) Up to date property tax paid receipt should be properly held (vi) All the original title deeds and other relevant documents as per legal opinion should be deposited to the bank (vii) authorised persons only to create mortgage (viii) Record of dates to be observed in case of second charge, pari-passu charge and NOCs should be obtained properly from first charge holder. (ix) Valuation of Properties & legal opinion should keep along with mortgage documents.

v).The document should bear the place, date, month and year of the execution as a conclusive proof where and when the document is executed. The above particular also determines the limitation period of the document and also confirms whether the proper stamp duty applicable to the particular place is paid.

w).Any instrument chargeable with stamp duty executed outside India must be stamped within 3 months after it has been first received in India. Example: When a power of attorney (POA) is executed outside India, such POA should be affixed with special adhesive stamps within 3 months from the date same is received in India and also an endorsement on it to be obtained from the authorised officer for the stamp duty collected. The Registrar of assurance (Sub-Registrar Office), Superintendent of Stamps, the office of the Collector, Financial Commissioner etc. are generally designated as authorised officer for the above purpose under the stamp rules of concerned.

x).The details of prime and collateral security offered must be mentioned in the debt contract. In the case of mortgage deed or memorandum of title deeds to be registered the original deed must be presented for registration with Registrar of Assurance (Commonly known as Sub-Registrar’s office) under whose jurisdiction property is situated. The registration should be done within four months of execution of documents.

y). In the case of finance made to public or private limited companies, they have to register their charges with ROC. The section 77 of companies’ act 2013 specifies that all type of charges to be registered with ROC within 30 days of creation of charges on its assets whether tangible or intangible within or outside India on its assets or any of its undertakings. Registration of charge acts as a notice to the public at large that the certain ‘Charge holder’ has security interest in the specific property for the loans and advances made to the company.

Last but not the least, once the entire documentation process is completed, it is sensible to have a second look on the document obtained, preferably by another official who is conversant with the type of securities and legal nature of the charge to be created.  Preserve the document neatly in a separate cover or folder in an identifiable manner.    Before keeping the document in the safe-room, check once again whether something is entered on the document in pencil or left blank and rectify the mistakes if any then and there. It may not be possible for you to rectify the mistake at the later stage when the borrower does not co-operate.

1.How to devote your time for execution of loan documents?
2.Applicability of Stamp duty when signatories are in different states/abroad
3.Where the revenue stamp is required to be affixed?

4.How to examine title deeds of house property?

Is it good idea to go for redevelopment of your buildings jointly with multiple societies?
June 13, 2022